What actually is spanking? On this page you will find a brief introduction.

A variety of different percussion instruments can be used for spanking: In the Asian region, the bamboo stick is the most common. As a European counterpart, the birch rod is especially widespread in this country. In addition, everyday objects such as rubber hoses, belts, hairbrushes, cooking spoons, rulers, spatulas, raw sticks or carpet beaters are very popular. Designated percussion instruments such as crops, paddles, whips, or tawses are also used. If only the flat hand is used, this is called hand spanking.

The spanking paddles we offer are perfect for both beginners and spanking experts. 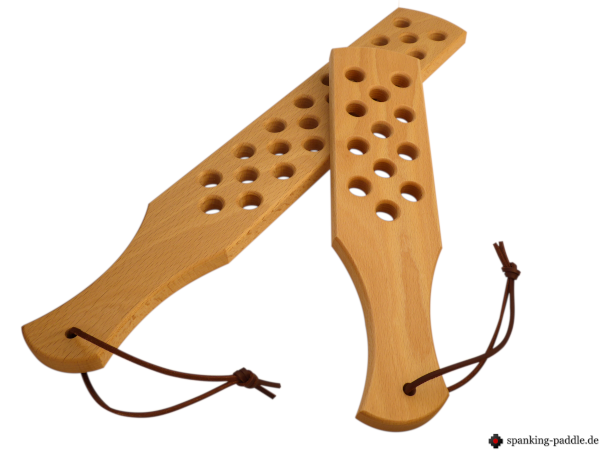 In our online store you receive exclusive discounts - drop in!